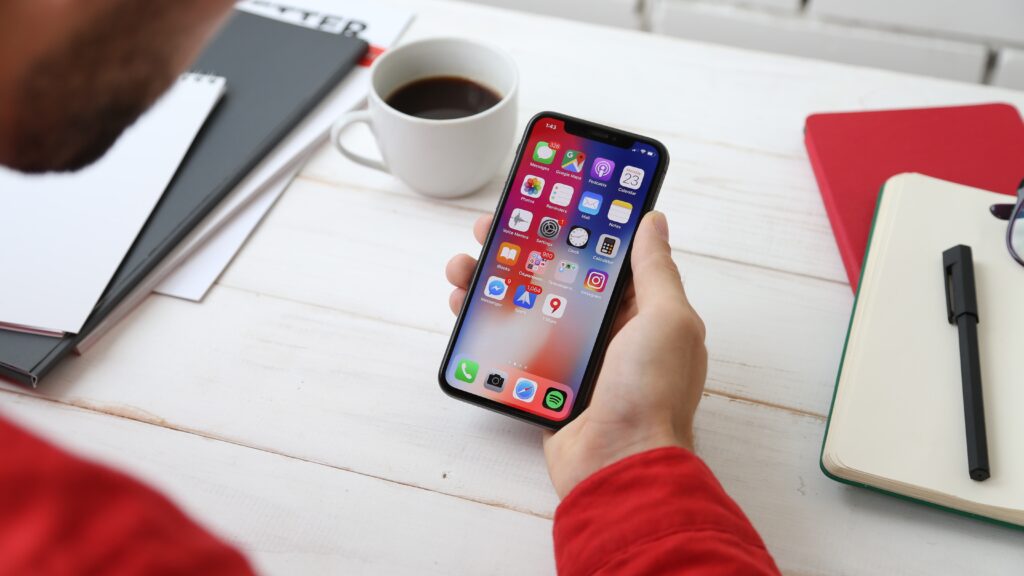 Have you ever wondered how the app developers that made your phone apps earn their money? It is not as simple as you might’ve thought.

App developers can either work for a company and receive a paycheck by their employer or create their own apps and earn money according to their app revenue. This depends if it’s a paid app or if it’s a free app with ads and in-app purchases.

This article will explore all these options below, so if you’re interested in understanding exactly how app developers are able to earn money, keep on reading.

How Do Apps Generate Revenue?

Apps can either be paid or free, and both of these types are capable of making money.

Paid apps are simple: you pay for it once, and it’s yours. You own it, and there’s not much you should have to worry about.

Free apps don’t make money when you download it onto your phone or tablet, but they still generate revenue in other ways. Mostly through advertising, in-app purchases, and through selling personal data.

According to Forbes, people are less willing to pay for an app on their phones because there is almost always a competitor that will produce a free app. The app market is highly competitive, and there are thousands of apps that serve the same purpose, so selling an app can be extremely difficult.

Now let’s see exactly how this works in further detail.

Though there are thousands of free apps, there are still paid apps out there that are capable of earning money for the developers who created them. And how much money do app developers make from their paid apps?

Unfortunately, the developers don’t get 100% of the app’s revenue. On top of that, they have to pay to submit their app onto the platform. To upload an app to sell on the Google Play Store, it’ll cost you $25. If you’re uploading to the Apple App Store, you’ll have to pay for a subscription of $99 per year for a paid developer account.

Both Google and Apple have the same service fee of taking a 30% commission from the app’s price when it’s sold to charge for service fees. Therefore, the developers are allowed to keep 70% of the payment. This goes down to a 15% service fee in the following year.

Statistically, most people don’t like buying apps, so they tend to resort to downloading free apps more regularly. Unfortunately, free apps have downsides for the user.

Developers have to make a living, and so if they’ve released a free app up on a platform for people to download, how can they earn money? This usually happens through ads and freemium models.

Google Play Store and the Apple App Store will keep 30% of all the app revenue developers make, similar to what happens with paid app sales. The difference is that this can either be a smaller or larger amount of money, depending on the number of people that use the app, make in-app purchases, and click the ads.

Here are some of the main ways that app developers can earn money by creating free apps:

Many free apps contain ads, and the developers make money from ad revenue. And what is that? Well, according to ironSource, ad revenue is “the money apps generate from in-app advertising.” There are several different types of ads that can be put on an ad in order to generate more revenue efficiently.

For example, there are banner-type ads that are small frames with text and images; they are relatively easy to design but might not receive many clicks. Then there are video ads, which are the case of rewarded video ads that are more appealing because there is an exchange; the user watches a video and, in return, receives an in-app reward. Like the ability to keep playing or earn money in-game currency.

The amount of money the ads make depends on the type of app, the type of ad, and the number of people who click on it or watch through the videos.

The in-app purchase model is often used in free mobile games, where you can spend real money to receive something in-game.

For example, the popular game Fortnite can be played on your phone for free, and there aren’t any ads. However, it gives you the option to purchase in-game currency that you can then spend on skins or emotes. This type of in-app purchase is called a microtransaction.

Microtransactions are very common in free-to-play games. Sometimes they also give the user the ability to continue playing, thus putting non-stop gameplay behind a paywall. This is usually a small amount of money compared to a full-priced game, so it is easier for people to keep giving small amounts over time rather than playing a larger sum of money all at once.

Freemium software very similarly gives the non-paying users a basic and limited version of what they could have if they pay extra.

According to the Digital Games Research Association, there are ethical questions when it comes to the abundance of microtransactions and the freemium model in modern video games because they can play mind-tricks with the users, and it encourages purchases.

Have you ever come across a free app with no ads and no in-app purchases – one that you can’t figure out how they could possibly be making any money? This is when data selling comes into the picture.

Apps collect data to sell it to companies for all sorts of reasons. But what’s in our data? Our data allows companies to know everything they need to suggest ads that might be more suitable for us to analyze how we think and what we like, our routines, and where we go.

For example, the app TV Time does not contain any ads, and it is free, but if you read their privacy policy you will notice that they do let you know that they sell information on your television viewing habits and other information for targeted advertising purposes to third parties, they also mentioned that if you want them to stop, you can send them a direct email.

According to the New York Times, location data companies pay between half a cent and two cents per user every month in order to be able to keep receiving more location data.

These companies collect people’s data, and though it is ethically questionable, there is no federal restriction against it. Plus, through vague language asking for permission, people agree to it because they don’t read the privacy policies or don’t understand. But it is written to be that way, to keep people unaware.

This is a growing part of the industry. So, apps will keep doing it so that they can continue to be able to pay the developers that operate them. However dubious, it is, in fact, a way to a way that companies find in order to pay their app developers.

App developers can either work for companies or work by themselves; this will, of course, influence how they earn their money. However, the same companies that hire app developers essentially will make money off the apps the same way.

There are paid apps and free apps, they can generate revenue in different ways, but they can both provide a source of income for the app developers that created it.